Carmen was inducted into the Dutch Endurance B-squad for seniors. Based in Limburg, the Netherlands, Carmen Römer is a very experienced Endurance rider. She completed her first competition at the age of only 15 and has since completed over 150 rides with success, logging over 15,000 competition kilometres and a total of over 25 completed 160km rides on 14 different horses. In addition, since using Equilin® products, Römer reports a completion rate of around 80%. 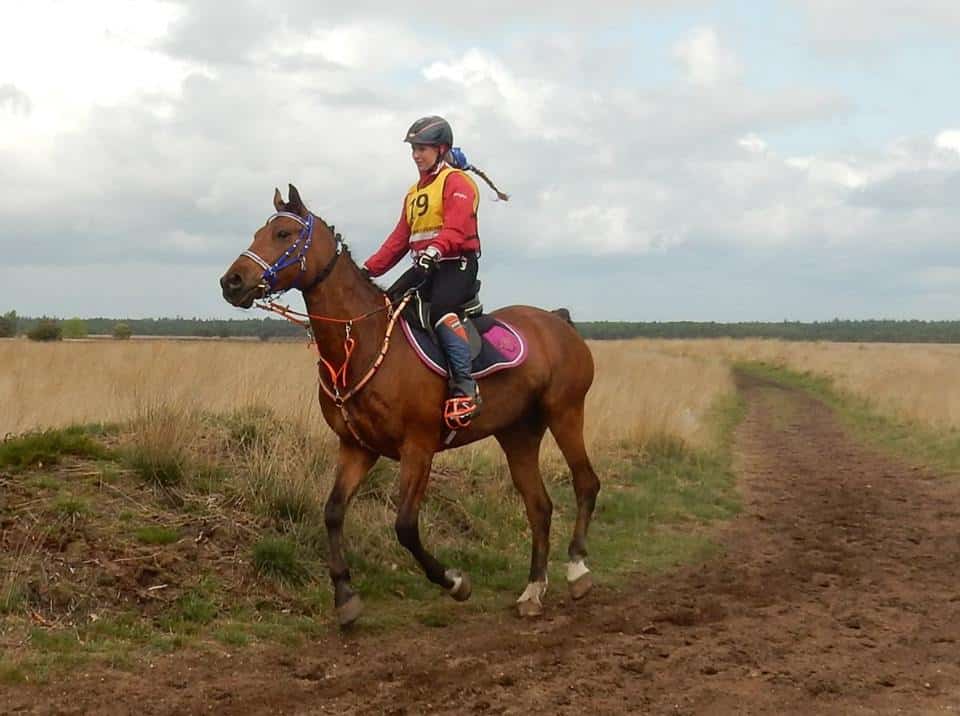 Carmen rode her first world championship in 2003 in the Young Riders division, starting at the world championships for senior riders one year later. She won four Dutch national titles in the senior division.
As a 15-year-old, Carmen competed in her first Endurance competition, sparked by her father Lei who competed for the Dutch team himself at the 1994 World Equestrian Games in The Hague.

Carmen worked for the Dutch ministry of defence after her graduation, has a Master’s degree in Accounting & Control and is now a Register Account. She made it to the rank of Officer in the Dutch Navy, trains 20 hours a week and credits her positive traits as: determination, positive thinking and the ability to focus on those small things that make a difference in a competition.

After the highs there was a low point at the World Equestrian Games in Aachen, Germany, in 2006. She had qualified two horses, but in the end was unable to start either. Carmen’s dream is to see the Endurance sport gain Olympic status and to win a medal at the Olympic Games. Becoming a world champion is also in her dreams. Carmen did become European junior champion that year, riding Fadilah R.

In 2015 she was part of the bronze medal winning team, riding Siglavy Bagdady Zeusz at the European championships in Samorin, Slovakia, stepping in as the alternate for Dutch national champion Joyce van den Berg. Individually she recorded a 16th place and the second-highest Dutch result.

You can find out more about which cookies we are using or switch them off in settings.

This website uses cookies so that we can provide you with the best user experience possible. Cookie information is stored in your browser and performs functions such as recognising you when you return to our website and helping our team to understand which sections of the website you find most interesting and useful.

Strictly Necessary Cookie should be enabled at all times so that we can save your preferences for cookie settings.

If you disable this cookie, we will not be able to save your preferences. This means that every time you visit this website you will need to enable or disable cookies again.